The Top 10 Nicknames in Skateboarding by Nate Sherwood

This was a hard article for me to write. There are so many great nicknames in skateboarding. From Pig Pen, who was the Andy Roy of Burnside, to T­bone, Tyrone Olson’s alter ego, to more up to date names like Nugget a.k.a. Shane O’Niell. Then there's countless cats with the same one like Science Fair, Dog Boy, Cancer this or Mighty that or Blank the Greek or Ship Stop this, etc. I could go on for hours about pros who have nicknames. Some don't want me to share, which I did anyway, but others wear them like a badge of honor. With no more filler, I bring you the Top 10 Nicknames in Skateboarding. 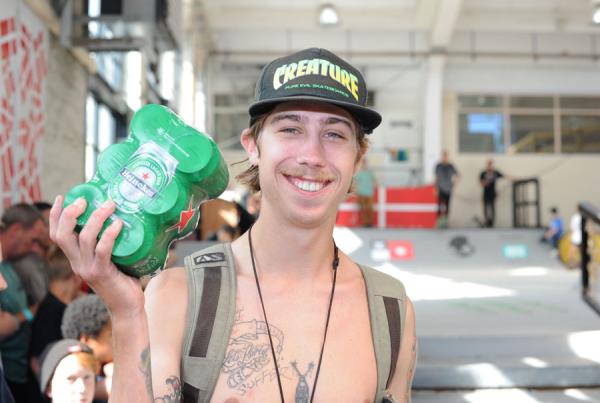 Pads is a nickname for the great David Gravette. Now, if you don’t want to get your ass kicked, I recommend you not calling him this unless you go way back or are chummy. All the has-been, washed-up, bitter clucks in the Northwest who criticize like Gordon Ramsey used to make fun of this poor kid because when he was young his folks made him pad up at all the local spots from Seattle, Washington to Medford, Oregon. He was known to us all as Pads. He ripped then and unless you have been under a rock, you know he rips now. The funny thing is, all the bastards who called him this are now in the gutter and he is traveling, making cash, and having fun. Karma is a son of a bitch. Remember that kids. When you make up a mean nickname for a kid at your local park he might be the next David Gravette who will 50-50 a triple kink, 15 stair round bar and body varial out as if his Indy’s have magnets on them. I guess the psychology of the boy named Sue complex really echoes the ethos of what made Dave great. Just as that one chick who broke Geoff Rowley’s heart made him great. So, in some way Dave, you should go find all those clucks and buy some Old Mill for them and thank them for picking on you because it made you prove them all wrong. 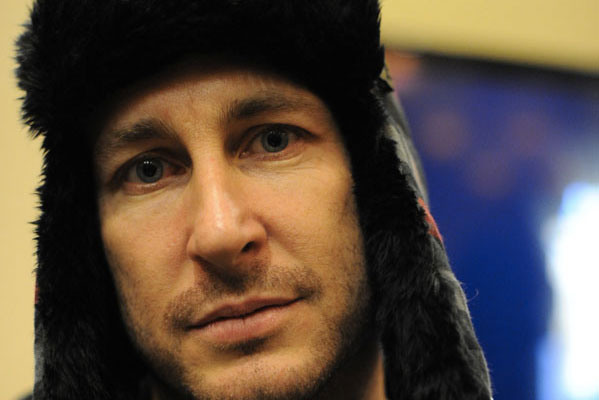 Okay, many might not know this, but Steve Berra, before The Berrics, before marrying a movie star, before the film 17 Sips, before the screenwriting, and before all that bullshit, was just a nerd from Omaha, Nebraska who spoke with a speech impediment. Everybody called him Yogi for it. Danny Mayer was the first to sight this in a 1990 Check Out in Transworld. From that very year when Dave Swift asked him who he skated with, he said Yogi, and it stuck for some time. However, the same goes for Steve as Dave. Do not roll up on him and call him his old nickname unless you never want to be invited to a Battle of the Berrics or be seen on any Berrics related footage. Well, that is at least what happened to me. I kind of burned a bridge and ended up on a island for that one, long story short. 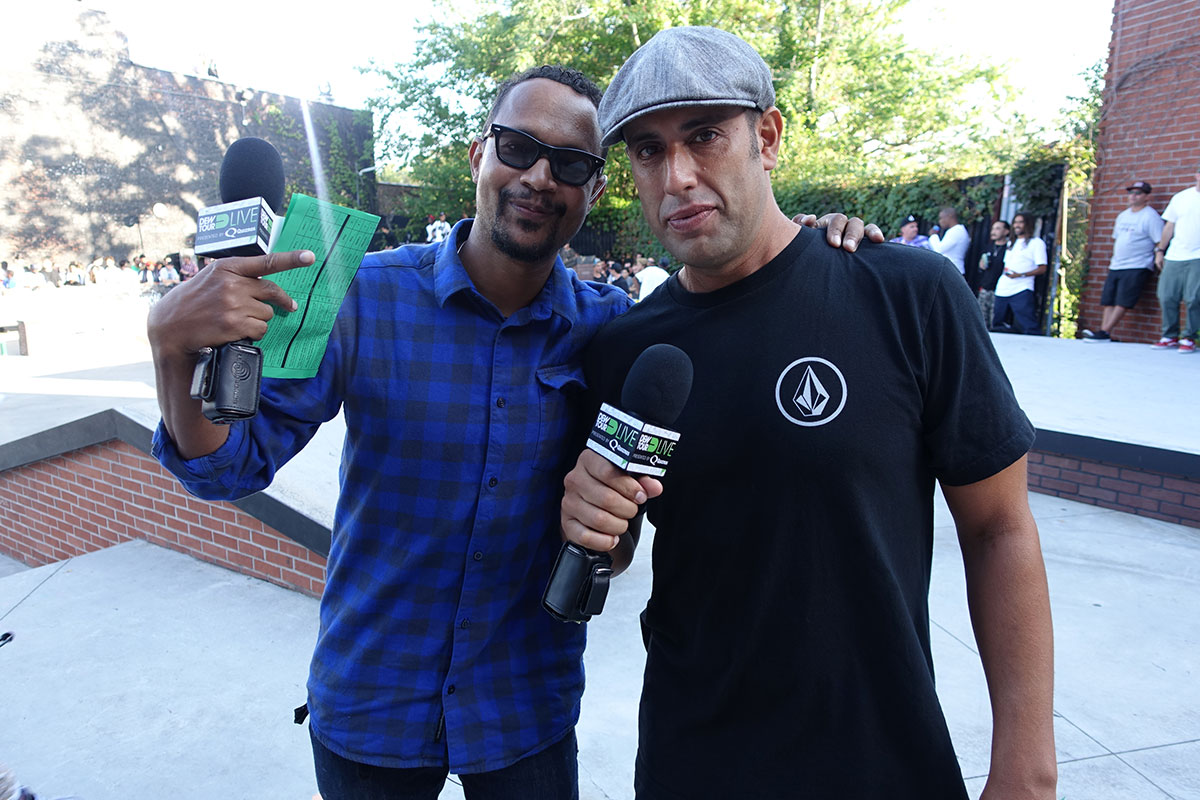 Chris Pastras needs to sue every hipster from Brooklyn to Portland. He was dork core before it got trendy. What is dork core? Horned rim glasses, fixed gear bikes, side bags, a high nerd voice, corduroy pants that are rock tight, a love for bebop jazz, blues and 16mm film, etc. You know what I am getting at. Home boy was doing that 25 years ago. Long before some Indy rock bands came out and made it cool. Anyway, Chris got this nickname because, well look at him, I guess I don’t really know why he got his nickname. But it works. Yo Chris, if you read this you need to take every band on the Pitchfork site to court. 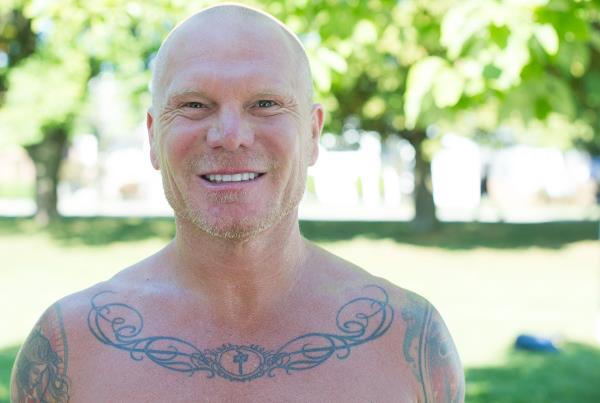 Long before William Spencer there was Sluggo. Now a heavy hitter in Vancouver, British Columbia, (he runs Centre Distribution) Sluggo was the first guy to snowboard in a Thrasher video, the first fucker to do a damn rodeo flip on vert, and the first skater to go from skating pro to doing stunt work in Hollywood films. He got his nickname because of his resemblance to the popular comic of Sluggo. The dude is one bad ass. Unlike most of the guys listed above, he wears this nickname with honor and is not pissed when you call him this. He is buff enough to back it up if he were bummed. So make sure your tone is correct or he might unleash a RDS beat down on you.

Alex Gall did not get his nickname from crushing 20 decks a day when he was on filming Missions, nor because when he is drunk he will stumble over and beat up anybody near him, nor was it for his ocean fishing prowess where he catches giant Fukushima­size tuna, or that he got mad trim in all of North County San Diego. He got it because homeboy was hit by a train and lived. No joke, Google it, Thrasher November­ish 2000. Trainwreck used to jump off the trestle in Carlsbad lagoon. He and his crew would wait until the last minute to jump before the southbound Coaster would fly by. The wind from the train would give them extra loft and help project them out further to the 20+ foot drop into the lagoon slime water. Anyway, one time homeboy waited too long and the train sucked him back to the side of the car. He hit the window like a bird and slid down the side of the train like in a Hanna Barbera cartoon. He ate it on the trestle and was in the hospital for some time. Anyway, he got out of it alive cause he is hesh as f**k and earned his nickname with blood. 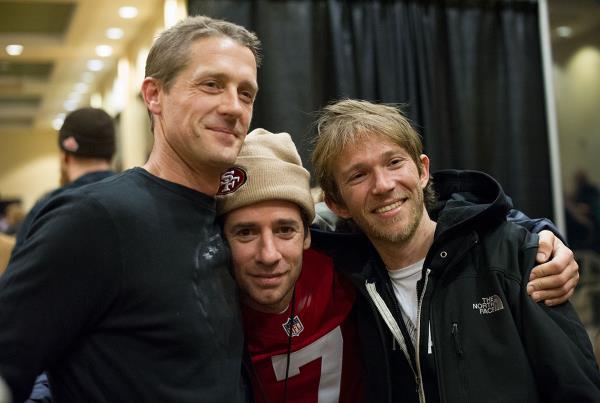 Okay, here’s another one of those touchy ones like how Adam Spiegel is with Spike Jones, or David is with Pads, or Steve is with Yogi. Nerd was the EMB call sign for none other than Mike mother f**king Carroll. When Mike would go to EMB in the glory days, guys like James Kelch and Henry Sanchez who were living on the fringes of society would give him a hard time because he was well read on music and could talk about things other than just who got drunk and who pulled what trick, etc. So if you ever meet Mike, do not run up and holler Nerd at him. 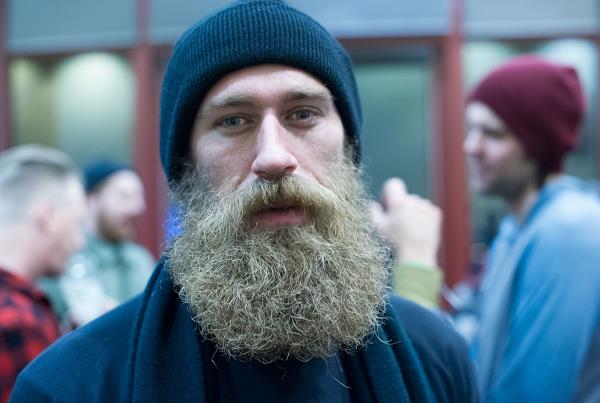 Brian Hanson was called this when he was in middle school in conservative San Marcos, California because he had a long crop of hair. This was long before the motorcycles, facial hair, dogs, snapping of the fingers, and saying hard to anything that was cool. Homeboy looked more like Trent Reznor to me, but for some reason, jocked out kids who had high and tight haircuts and Marine Corp fathers thought he looked like Slash. The rumor and legend has it that Jimmy Astleford was the first guy in skating to call him that in print. It has been disputed a lot because Josh Beagle called him Slash when he was talking about the upcoming Slaughterhouse video in the same time frame. So, nobody will ever know, but I can tell you this: his Fallen shoe is one of our best sellers to anyone who walks into the shop with meth pockmarks and a leather jacket. The first thing they always ask is, "Are these shoes endorsed by Slash?” 100% of the time they are talking about Slash of GnR, not Slash of Deathwish gnar. I just nod and say yeah, he rips on his axe and they Mos Def agree and buy the kicks. 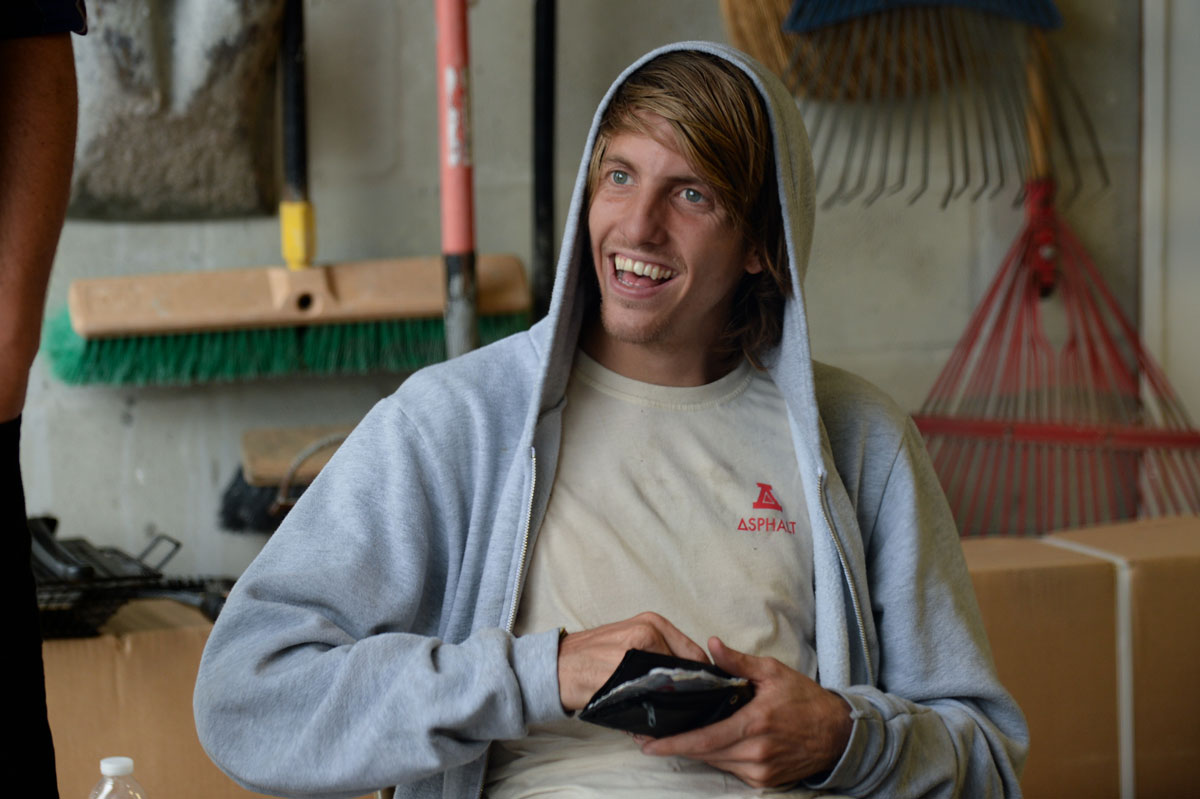 I give mad props to those who wear there nickname like a badge of honor. Aaron “Jaws” Homoki is no exception of this rule. He smiles and is happy as cluck when people call him Jaws. You would think that with a nickname like that he would never have any problems being the number one draft pick for getting chicks on tour. With all the cunnilingus innuendoes that nickname implies you would think chicks would line up to meet this dude. But every damn time I see him, women are hiding out from the brother. Man, nice guys finish last I guess. Either that or he just is smart enough not to want any STDs to slow down his skate game.

The tradition of leaving a sponsor to start your own thing is as old as skateboarding itself. In the old days, cats like Hosoi and Sims and so many others would use their own name to endorse their new upstarts. In the late 80’s and early 90’s it was considered out of vogue to name your brand after yourself. It was like wearing your own shirt or riding your own pro model or skating a mini-ramp as a mini-ramp and not a manny pad. Hence why brands like Girl, Underworld Element, and so forth were on the rise. But there has been a resurgence of using your own name on your brand. Well, at least in the case of HUF. When Keith first left DVS to stop doing his shop and to go into the world of soft goods, many were thinking it would sink. He proved them all wrong. Nobody, who at least comes into my shop, has any idea who HUF really is. They are most times weed heads or trendy mall type kids. In fact, most of them have never stood on a skateboard in their life. So Keith proved so many wrong with a business that now has over 40 employees and is booming out of not just weed socks. Good old Keith brought back those days of using your name on brands and not getting dissed. Looks like Hosoi never needed to start up Focus or Tuff Skates. He could have left Hosoi the brand just the way it was.

This name is synonymous with innovation, creSkativity, and the fact that anybody with the last name Gonzales has to work 3 times harder to get any shine in skating than most because of the high bar he has set over the past 28+ years on a plank. We could go on for hours as every blogger, writer, magazine, and person who is in the street, to the industry, has written about Gonz. I could write a damn novel about him. When you say "The Gonz," it means Mark, even though there are many who have the same name like David or Rob or Danny who have all left their "mark," no pun intended. There is only one Gonz.

Comments: The Top 10 Nicknames in Skateboarding by Nate Sherwood

A Letter to Dill and AVE by Nate Sherwood
April 2015