Working in the Skateboard Industry: Chinner Moved to South Africa

There's a thousand different ways to either create or get a job for yourself in the skateboarding industry and I'm continuing these chats with people here and there on how they're making it happen. Our friend Chinner packed it up from California and moved to the other end of the world for a skateboarding job. He lives in South Africa! Crazy. He's doing local skate events and other things with the World Skateboarding organization. This weekend, he's using The Boardr Live. I caught up with him to discuss how it's going for him down there.

Working in the Skateboard Industry: Chinner Moved to South Africa

There's a thousand different ways to either create or get a job for yourself in the skateboarding industry. I'm continuing these chats with people here and there on how they're making it happen. Our friend Chinner packed it up from Ohio to California and then moved to the other end of the world for a skateboarding job. He lives in South Africa! Crazy. He's doing local skate events and other things with the World Skateboarding organization. This weekend, he's using The Boardr Live. I caught up with him to discuss how it's going for him, how the local scene is shaping up there, and other things like traditional education. Chinner and I both have formal education and have similar viewpoints on it. It helps, but it was designed so many generations ago. I think if I had a chance to do it all over again, I'd skip the formal education thing.

Give us the breakdown on what you're doing out there in South Africa with skate events and the local park there.

Basically I run a full time program at the skate plaza consisting ofcompetitions, skate clinics, and community events. The goal is to progressthe overall level of skating in the area. I also document all of ourevents and daily happenings and cover them on the KDC website. I alsoemcee some of our larger national events outside of the plaza and help outat events hosted by the Northern Cape government when necessary. I wearmany hats.

How did you end up moving from the States to there?

In 2012 when I was approaching graduation, I needed an internship tocomplete my Hospitality Management degree. I had been around theskateboarding industry for a few years working with 'eS doing the Game ofSkate tour and blogging during the Maloof events so I figured I'd hollerat Mark to see if he could help hook something up in the events category.At the time, Maloof was seeking someone to manage the skatepark full timeand run competitions, skate clinics, etc., so it was perfect timing that Ihad the opportunity to come out here and use the job to complete myinternship course for school credit. Luckily it worked out because I hadonly wanted to work in skating; I wouldn't be happy behind the front deskof a hotel. I've been here since May 2012 and now work the same job underthe Kimberley Diamond Cup brand.

Damn, Chinner! He's killing it at the Kimberley Plaza. Can't wait to be back out there with you later this year for KDC.

So you landed in South Africa because of a skate job - so sick. I would like to think most skaters reading this would move anywhere in the world like that for a fun job in skateboarding. Now that you've graduated, a few years have gone by, you've got some experience working in skateboarding and all that, has your opinion on higher education changed? Would you still have gone if you knew then what you knew now? What do think has proven valuable about school and what has proven sort of useless?

I've been thinking about those questions a lot recently. Reality setsin once the bills come rolling in… The main reason that I had theopportunity to get this job in the first place is because of myconnections in skating. Maybe if I had moved to California and pursued ajob in skating at 18 after the first Game of Skate tour, I would have moreconnections, more options and get an earlier start at a career in skatingwithout a college education…But as an 18 year old kid from Ohio, I wasstill pretty intimidated by the whole idea and didn't even see it assomething that was possible. I just figured I'd continue and do what Ithought I needed to do, which was go to college like everyone else topursue some job I'd probably hate.

I've taken some good things away from the experience, like being able todeal with different kinds of people and handling myself in a professionalenvironment, computer skills, etc…But each program requires you to take abunch of courses that you don't really need, which is a waste of time andmoney. If I had to do it again I probably would have taken technicalcourses in high school and done a shorter program more geared towardsphoto, video, or multimedia and design. You need to be super well-roundedand it's good to have those skills. I'm trying to get better atphotography, videography, etc. on the side so it would have been great tohave an early start at it. On the other hand, those things can be selftaught with some time and patience.

Golfing and pushing through the local town is looking super fun.

What are the basic things you need to handle to move out of the country and start working? You still pay US taxes? Did you have to do a mountain of paperwork and all that or is it more just kind of getting there and winging it? I guess it might depend on the country you go to.

South Africa is pretty chill, but each country differs. It's alwaysbetter to have a work visa to avoid hassles at customs but I've heard it'sdefinitely possible to border-hop and still work and live in SA with noproblems. I'm paid by a US company, so I do still file US taxes everyyear. I don't have to deal with too much paperwork. I've honestly beenwinging it but it's always good to stay up on those kinds of things toavoid any problems.

Over the years going to Kimberley for the contest there, I've notice more and more skaters. It's been so nice to see that and how it's grown. Has the skate business there grown with it? Have skate shops popped up? What's the local shop scene like there?

Overall, there's definitely been a significant increase in skaters allover the country, which has definitely contributed to the skate economy inSA. In Kimberley, specifically, there was a skate shop, Thando, that wasaround before the first contest back in 2011, and recently closed inNovember of 2013. There's only a small group of people that are able toafford to help sustain a local skate shop in Kimberley, so most of thegear that the kids are skating comes from hand-me-downs, prizes from ourcompetitions, or from the government. I would buy all of my prizes for thecontests at Thando or the prize money that kids would win at the contestswould inevitably be spent there on gear. A large amount of the income fromthe previous shop was a result of the local competitions that I've beenrunning. Right now, a mall hobby shop (TQ Hobbies) has been filling thevoid and has been selling a limited amount of hardgoods and accessoriesjust to make sure the kids have a place to get gear.

KDC's retail partner, Boogaloos, will be opening a shop here at theskatepark in the next few months, of which I'll be managing. I'd like tomaybe have my own shop one day, so I'm hyped to learn a few things.Boogaloos is essentially a mall shop, but the plan is for it to be uniqueto other Boogaloos locations in that it'll be more geared towardsskating, support more local brands, and will have less lifestyle stuff.I'm hoping that I'll be able to recreate the skateshop experience that Ihad growing up for the Kimberley locals. It's definitely a more personalexperience than getting your stuff at a mall store and leaving. Kidsshould have a place to watch skate videos and talk shit…with a skaterbehind the counter. 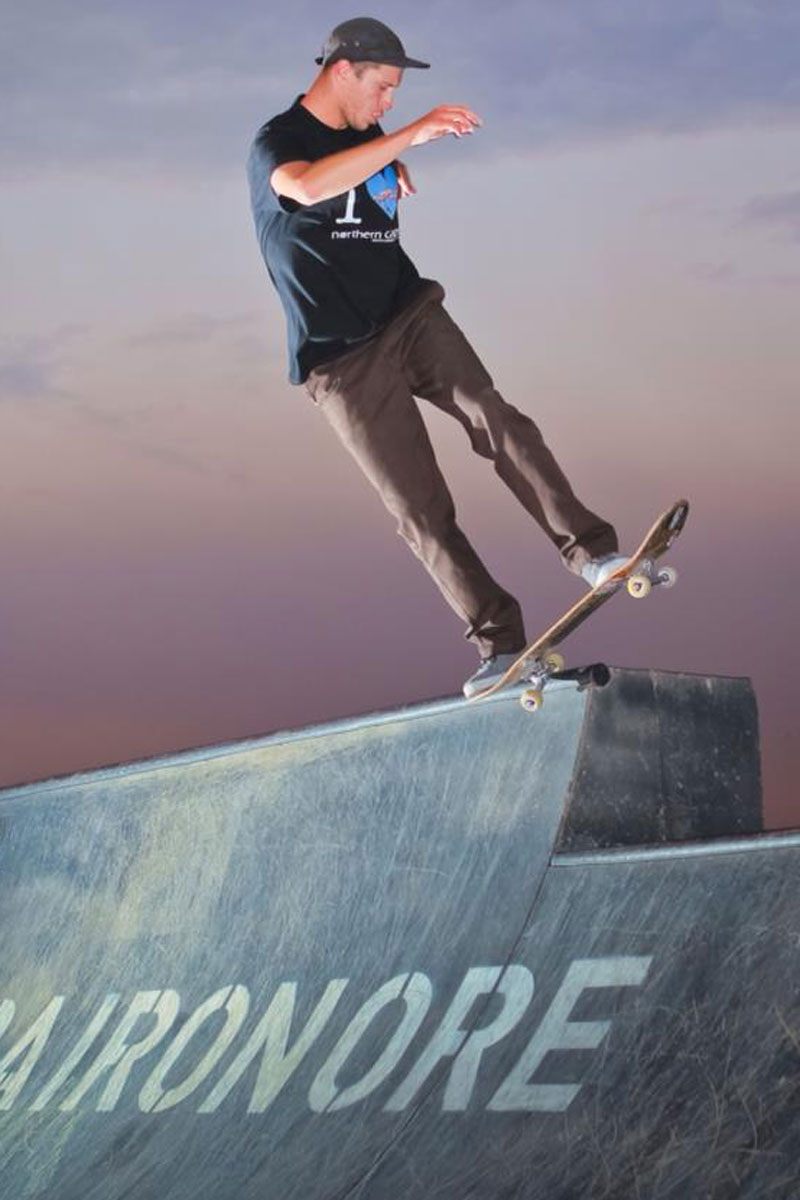 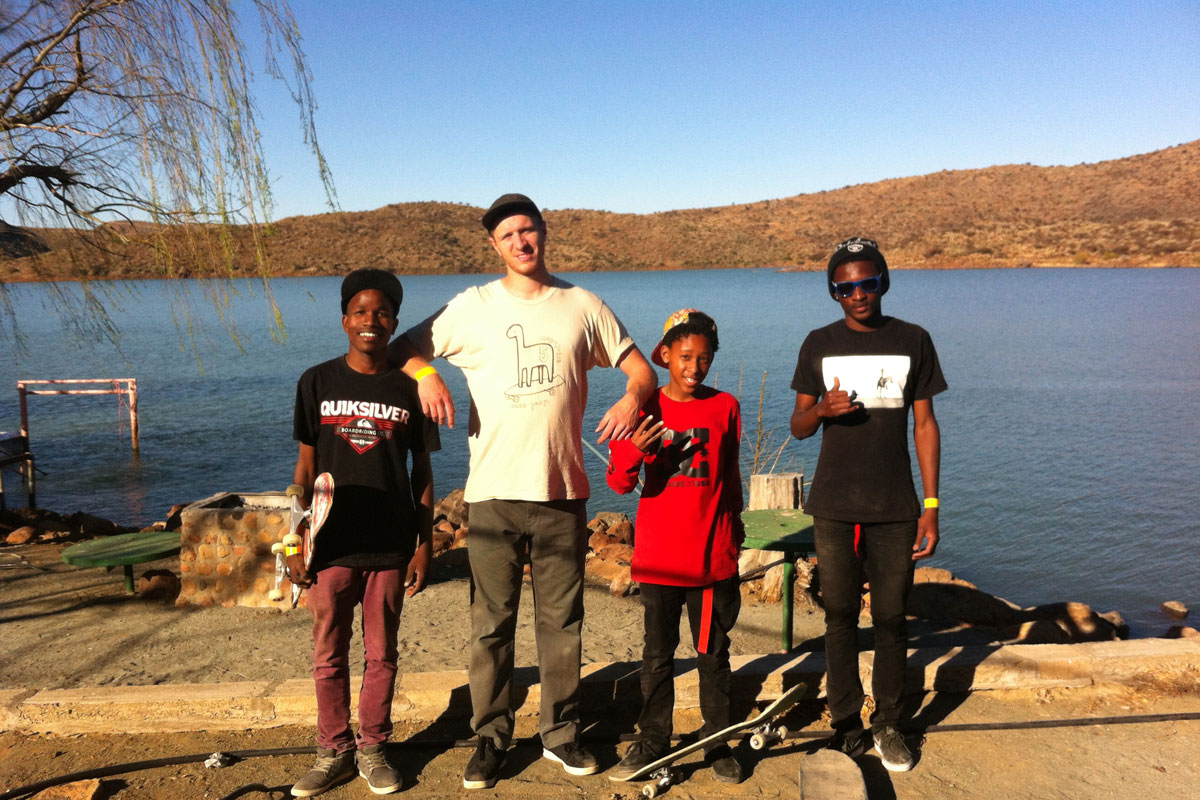 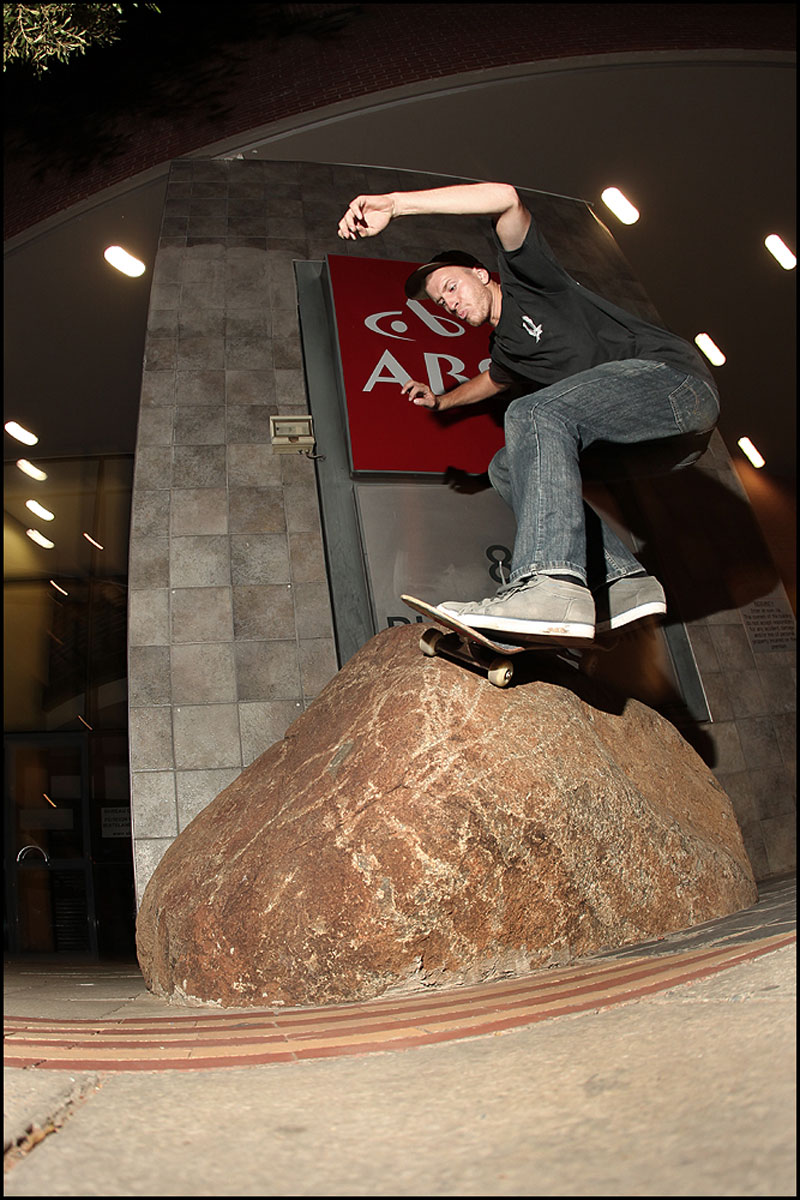 Direct links to all the images in this set are below.

There are no related contest results for this article.