Exactly a month ago I was hanging out at a family-style resort in Foz do Iguaçu, Brazil. At this very moment I'm sitting in my hotel room at the Barcelo Sants Hotel, overlooking the famous (but now defunct) Sants Train Station skate spot in Barcelona, Spain. Street League has brought me to each of these places. As much as I've traveled to skateboarding events over the years, I had never been to Brazil, and this is my first time in Spain. This allows comparisons to be drawn rather easily.

I've had the travel bug for over two decades. My first trips consisted of driving from Tampa to Daytona to skate for a couple of days in the late 80s. Back then I wasn't complaining about things like coffee, but seriously, the coffee in Foz was pretty, hmm, wack. When I first saw it, it looked dark and delicious, and I figured it would satisfy my picky palate. However, upon sampling, something just didn't taste right. It was rather disappointing and flavorless; thick, but with no substance. On the other hand, the coffee in Barcelona is crisp, freshly made to order, and available pretty much everywhere.

Requesting coffee in Barcelona is a helluva lot easier, too. English is hard to come by in Foz. Most Spaniards can speak at least a little bit of the American tongue, while even the dumbest Americans like me can politely say "Hola, café negro, por favor. Gracias."

So while skating from amazing spot to amazing spot together, I would ask Jesus Fernandez or Daniel Lebron where I could get the next cup of coffee. I really didn't need the help of a local considering it was everywhere, but I was being polite.

Okay, maybe the Spanish economy isn't exactly doing great. But they have their priorities in order.

I'm here, I'm loving it, and I'm already looking forward to coming back to Barcelona. Salud. 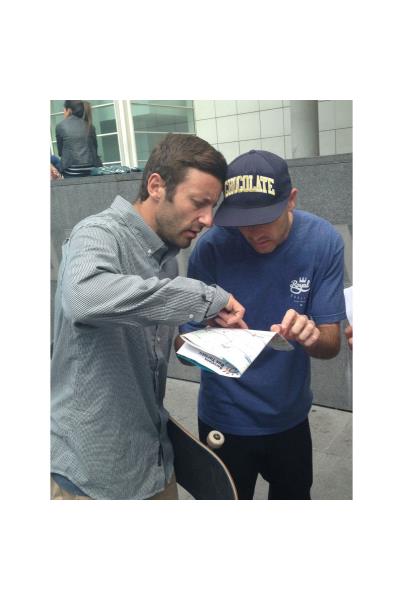 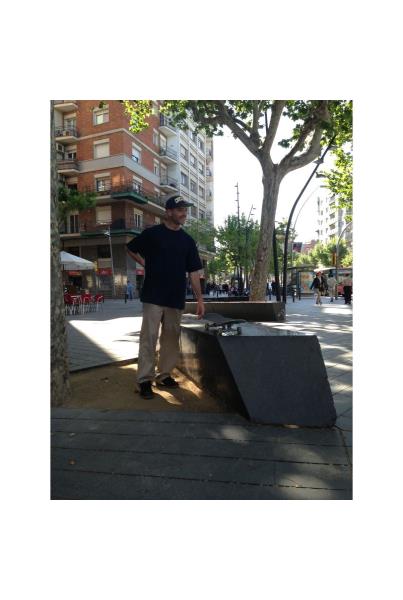 Jesus, he’s happy: Jesus told us that this spot is relatively new. It was the first time he had skated it.
Profile:

Clem's Corner: Right in the Heart of Darkness
August 2013