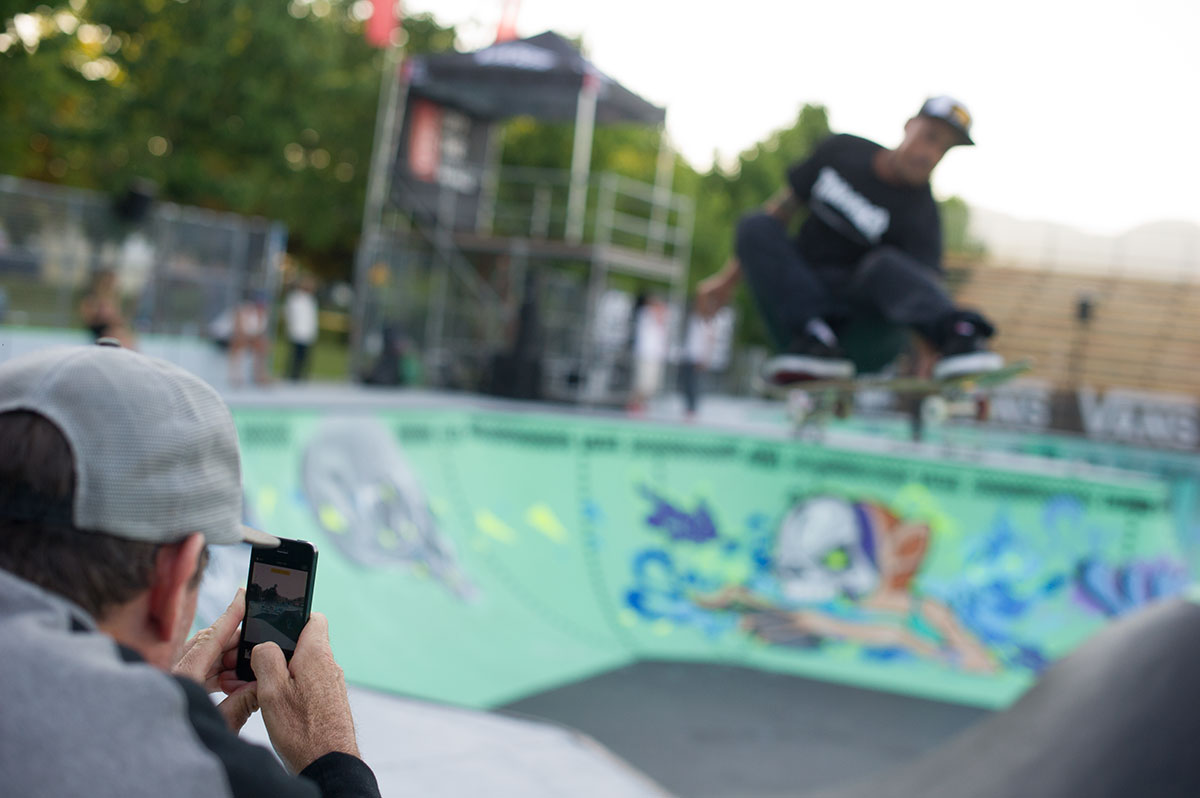 That's Rhino putting aside the pro camera gear for an Insta or Omar's meron over the hip. Rhino's here with the whole Thrasher crew. They're doing a live webcast of the Semi-Finals and Finals today at 2pm.

Vans brought the a-list of bowl shredders in its Van Doren Invitational event to Canada this weekend where Hastings in Vancouver was inked up by local artists. We've got some coverage here as it happens with an episode of On The Boardr and a few photos from a nice skateboarding weekend in Vancouver.