It's been 25 years since Mike Vallely's Barnyard board on World Industries was released. I was lucky enough to be skating at the time. It was the first board that had a full size nose nearly as big as the tail and the one that blazed the trail to the modern board shape of the 90's that still is the staple 20 years later today. Mike's graphics now and even back then are some of the most memorable in skateboarding's history. Now his new brand, Street Plant, celebrates that history with selected pieces from the start of the golden age of skateboarding. We could not be more proud to carry this in The Boardr Store. 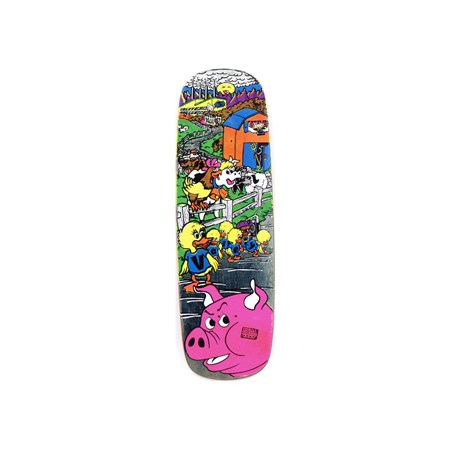